The world would be a better place if we all had a neighbor like I do. We call each other before we toss out anything, just in case one of us need it.  Such is the case with the old fence they were tearing out.  It had been there forever and weathered just perfectly!  Originally, I just wanted a section for some crafts.

Eventually I ended up going back for a lot more!

Ava was all on board and took it upon herself to haul the first section over. 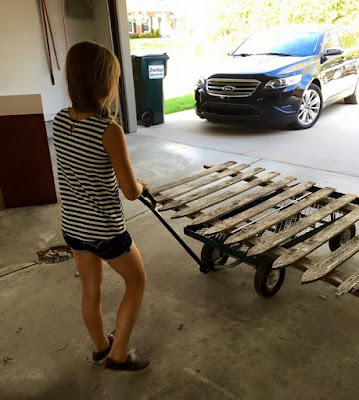 A client brought me this dresser. It that had the worst "professional" finish I have ever seen, complete with many drips and a horrible spray job.  Granted, this was in the middle of me prepping it but it needed a complete overhaul.

My clients were very open to anything and said "do whatever you think will look good" which is fun and terrifying all at the same time. 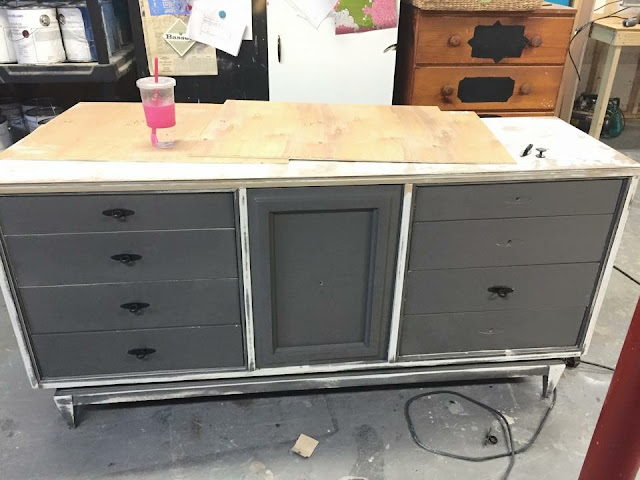 Knowing now, how well the fence posts cleaned up after pressure washing, I decided to use them for the top.

Construction adhesive and a few brad nails is all it took. 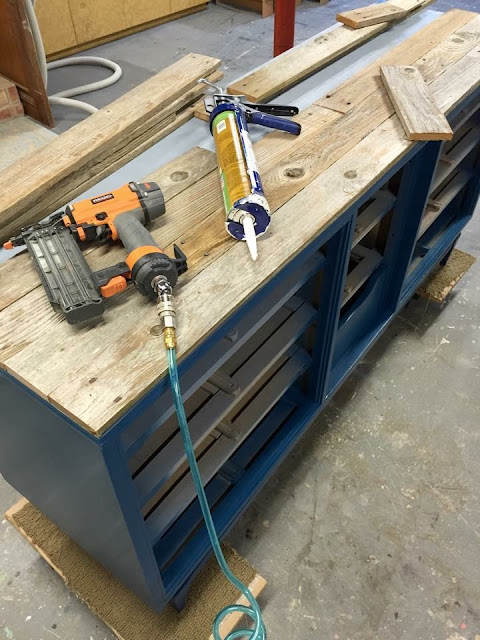 After trimming out the edges with ripped down pieces, I added a few clear coats to bring out the natural color of the wood and it looks beautiful giving the perfect rustic modern look I was hoping for. 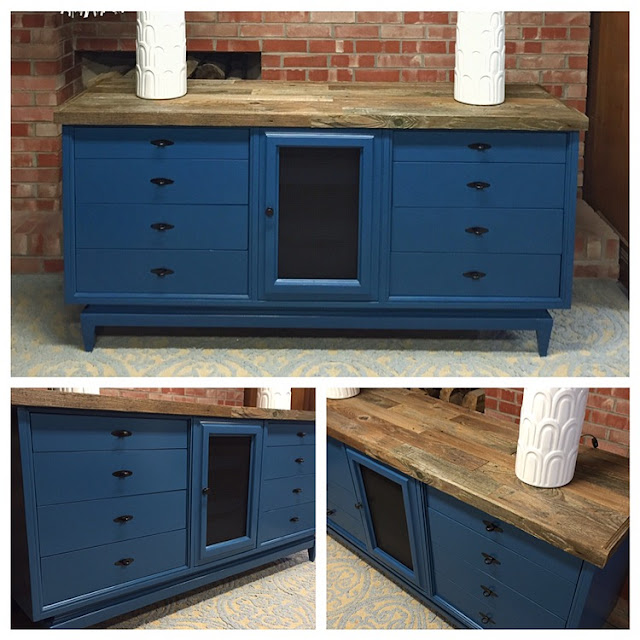 I also decided to use the same wood on another dresser. A lot more work actually went into this makeover but the herringbone wood pattern on top was definitely the best part. 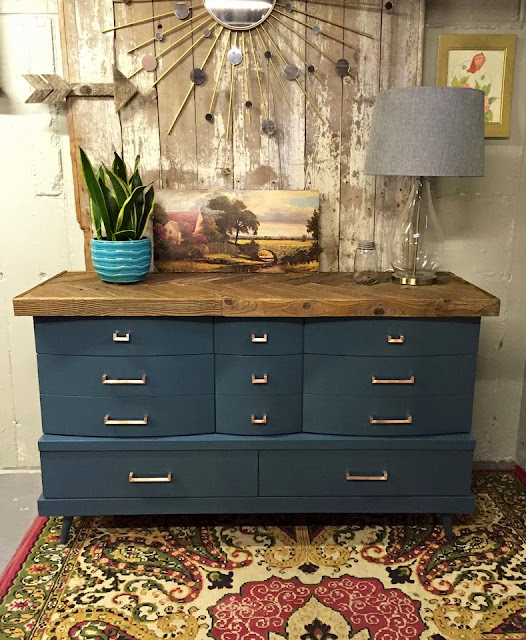 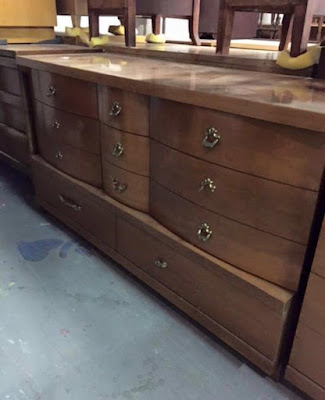 I wanted to add feet and in this case, to do it right meant I had to cut off the base of the dresser. 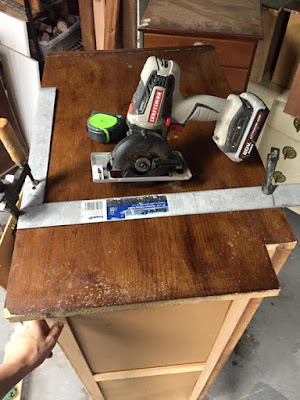 Naturally, it was a huge process as I had to rebuild the base to make it sturdy enough for the leg brackets to be added.  I then trimmed it out with MDF. 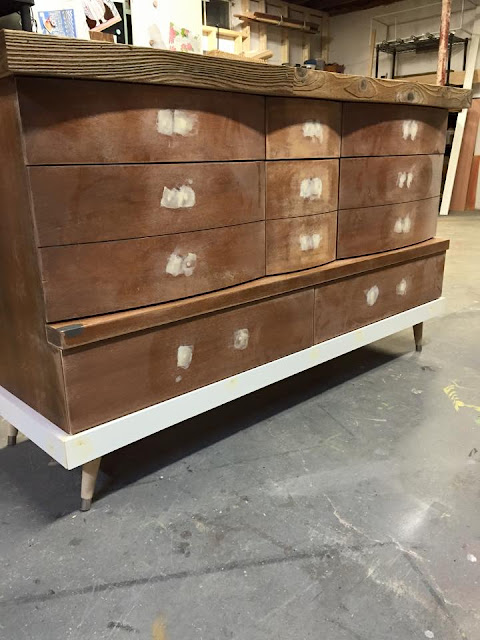 The trickiest part was finding the center line so that it would be even.  I cut the boards on my skills saw at a 45 with just a little overhang. After glueing and a few brad nails, I let sit overnight and cut edges with a skills saw (and guard for a straight line).
I also added the trim to edges after wards. 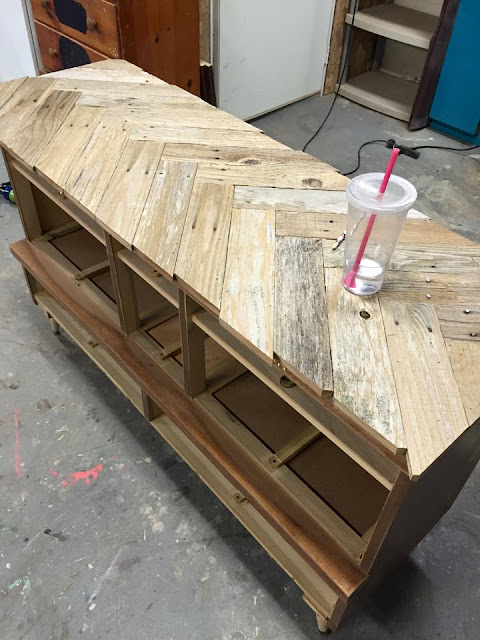 A few clear coats makes a huge difference!!  I really love how it turned out! 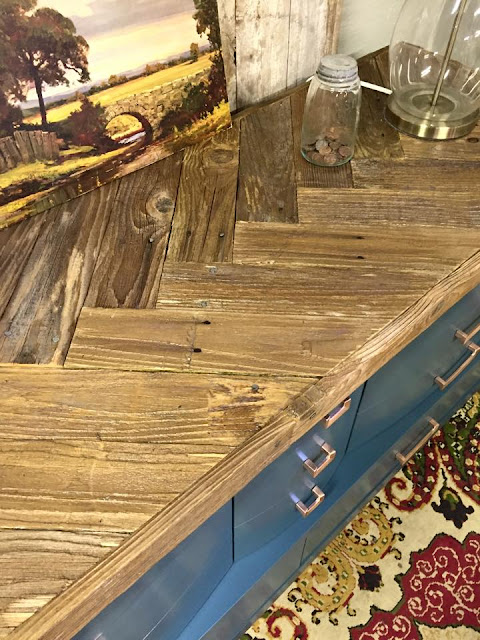 We also found a few other fun things to do with the wood:) 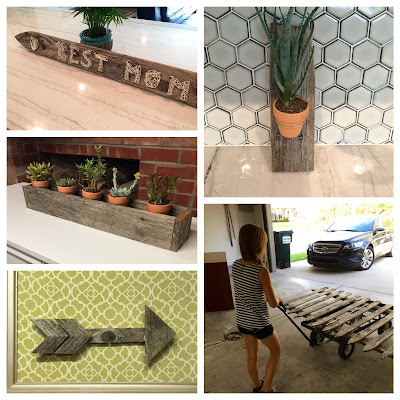